The Interbank Lesbian, Gay, Bisexual and Transgender (LGBT+) Forum was formed in 2002. At the outset it was a Network of LGBT+ Networks from those banks in the Investment Banking sector which met certain key membership criteria.  An institution was represented on the Interbank Committee by members of its LGBT+ Network which would meet on a monthly basis. In 2012, when Interbank decided to restructure itself there were 15 member institutions on the Committee.

The current Interbank LGBT+ Forum Committee consists of members of the LGBT+ Networks from the following organisations:

The aims and objectives of Interbank are as follows:

2 . To enable the sharing of best practices between the LGBT+ employee network groups (ENGs) of FSFs regarding:

so as to assist FSFs to (i) cultivate an environment that is inclusive and supportive of their LGBT+ employees, and (ii) positively value and encourage their ENGs’ activities.

Interbank organises regular networking evenings for its members at locations in the City and Canary Wharf.  It also partners with other networks of networks and forums to deliver relevant events and networking opportunities to its members.

Interbank also supports Corporate and Social Responsibility initiatives, allowing its members to support LGBT+ community initiatives across the Greater London area.  It has sponsored a special film screening at the London Lesbian and Gay Film Festival/BFI Flare for the past four years and has previously sponsored the Pride 10k.  In 2015, Interbank was the main sponsor of Positive East’s Red Run which took place at the end of November and keeps sponsoring the event since.

The Interbank LGBT+ Forum supports Global Butterflies (formerly trans*formation). Global Butterflies was created to bring awareness of trans and non-binary issues to the business sector.  By working closely with companies, our hope is to help organisations adopt a zero-tolerance approach to trans-phobic behaviour and attitudes, while also taking steps to help them become more inclusive in their cultures. 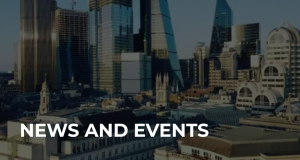