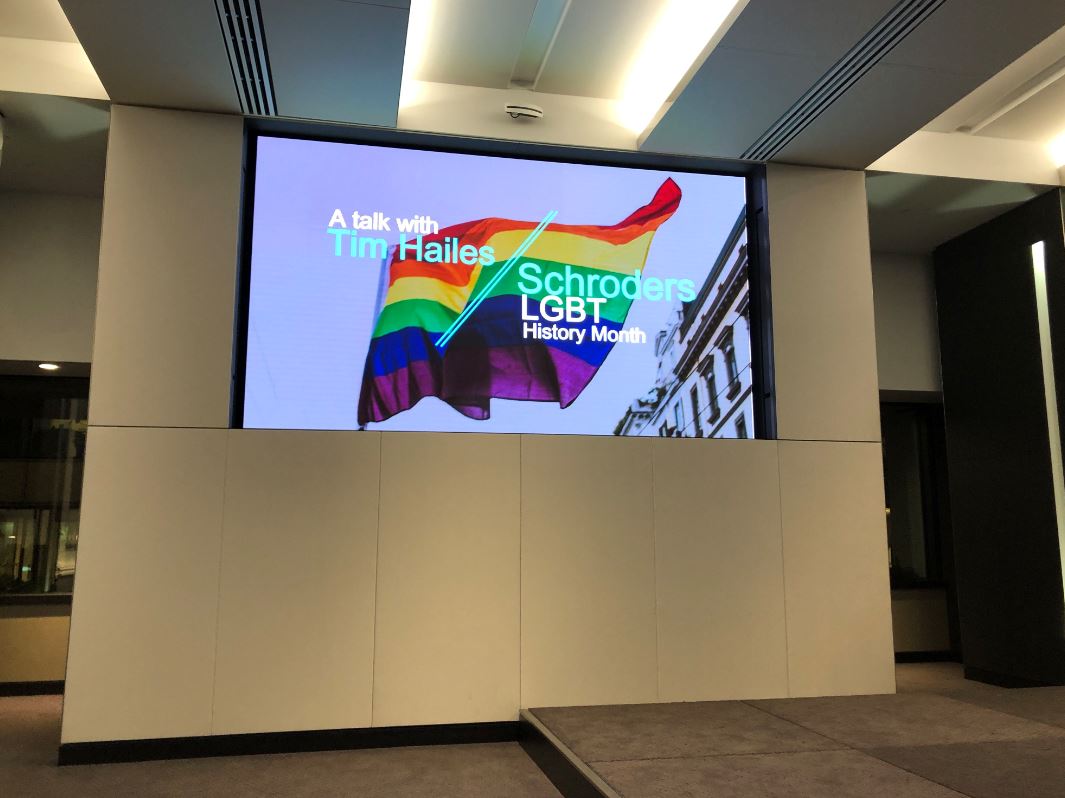 Earlier in February Schroders’, one of our member firms held a reception with Tim Hailes, the City of London Corporation’s first openly gay aldermanic sheriff. Tim Hailes shared his personal journey as a gay man working in government that was anti-LGBT+ as well as the hetro-exclusive trading floor of a corporate. His experience of having an ally was one of the most impactful of his career when he was outed by management. His unlikely ally, a Christian conservative stood by his side and supported him in being out and true to his nature. Allies are sometimes those you would not predict so we should be very careful when making assumptions about who’s on your side and who isn’t. During Tim’s time on the trading floor he noticed that most people (all men) would have a photo of their significant other on their desk. Tim decided to place one on his too… a photo of Brad Pitt. Brad who was very iconic during the time was such a shock to those walking by as well as a conversation starter. He used this as a point that he should be free to place a photo of whomever he’d like and that there should be no question or concern in the matter.

The evening was also focused on LGBT+ History and they displayed a timeline of events and Tim spoke to his journey alongside these events such as Section 28 and then onwards to the repeal. Tim is also set to become the first out Lord Mayor of London in the history of the role dating back to 1189.

It was an informative and enlightening evening and we’re grateful to Schroders’ for giving us the chance to hear from Tim.